Out and About in Yeosu Part II

Here are a few more shots of various Yeosu scenes. I suppose this post’s theme could be buildings and construction. There’s quite a lot of construction in the area as Yeosu prepares for the 2012 Expo. Naturally, most of the construction is centered around the Expo site, but there are other areas experiencing hotel and apartment building projects.

One of these is the Ocean Park Resort, out near the Soho Yacht Marina. The hotel being built on the property was originally supposed to be about 660 feet tall, which would have made it the tallest in Yeosu. I think that it’s been downgraded due to construction costs beyond the original estimate. You can see the original design and some early photos of its construction at the Skyscraper City website. Originally schedule to be open this year, it now appears that it won’t be finished until 2014. Here’s the most recent photo I took.

Here’s another shot from the Soho Yacht Marina. 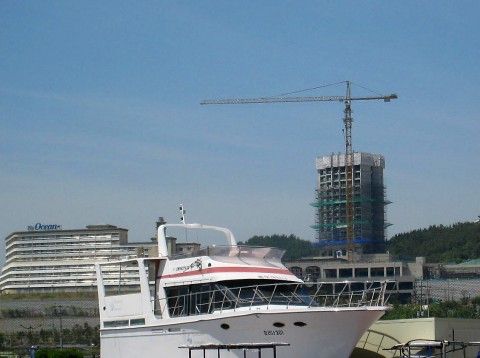 Farther left in the photo above, out of the shot, is the Ocean Park Waterslide area. Unfortunately, it was closed on the day I rode my bicycle there. It’s fairly large and I’m told that it gets a lot of use. Here’s just a small section of it. 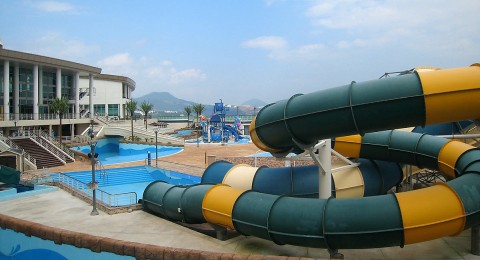 Back down the shoreline a bit is another hotel under construction. This one’s kind of isolated with not too much going on around it and it’s more than a few kilometers from the Expo site. Still, if it’s finished in time, it’ll probably get a fair amount of business. 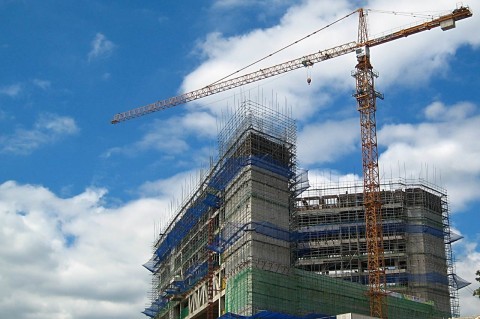 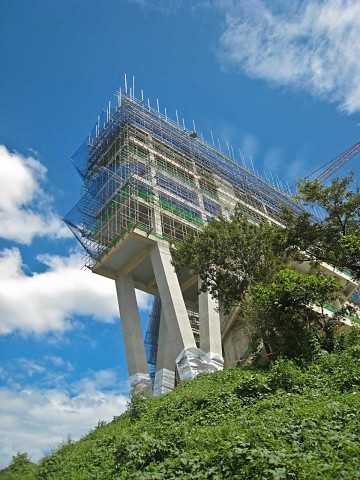 This apartment building near Lotte Mart and the Dolsan Bridge has been under construction ever since I arrived in Yeosu three years ago, and very little construction has been done on it. Recently, though, things have been picking up. I think the original outfit that was building it went under and a new owner took over. The original artist’s rendering of the complex has changed, as well as the complex name. Maybe it’ll be finished soon, but who knows?

And, just a few more shots taken on a walking trip. The first one is a view of the harbor where many of the fishing boats are docked.

Finally, there’s no sense wasting roof space above your house. While your laundry is drying, you can also dry a few crops up there, too. More later. 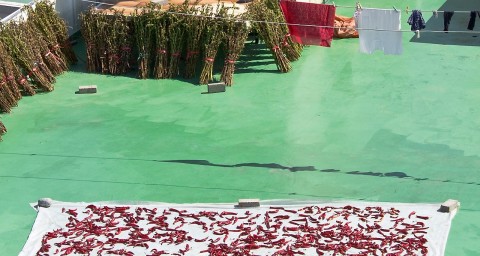